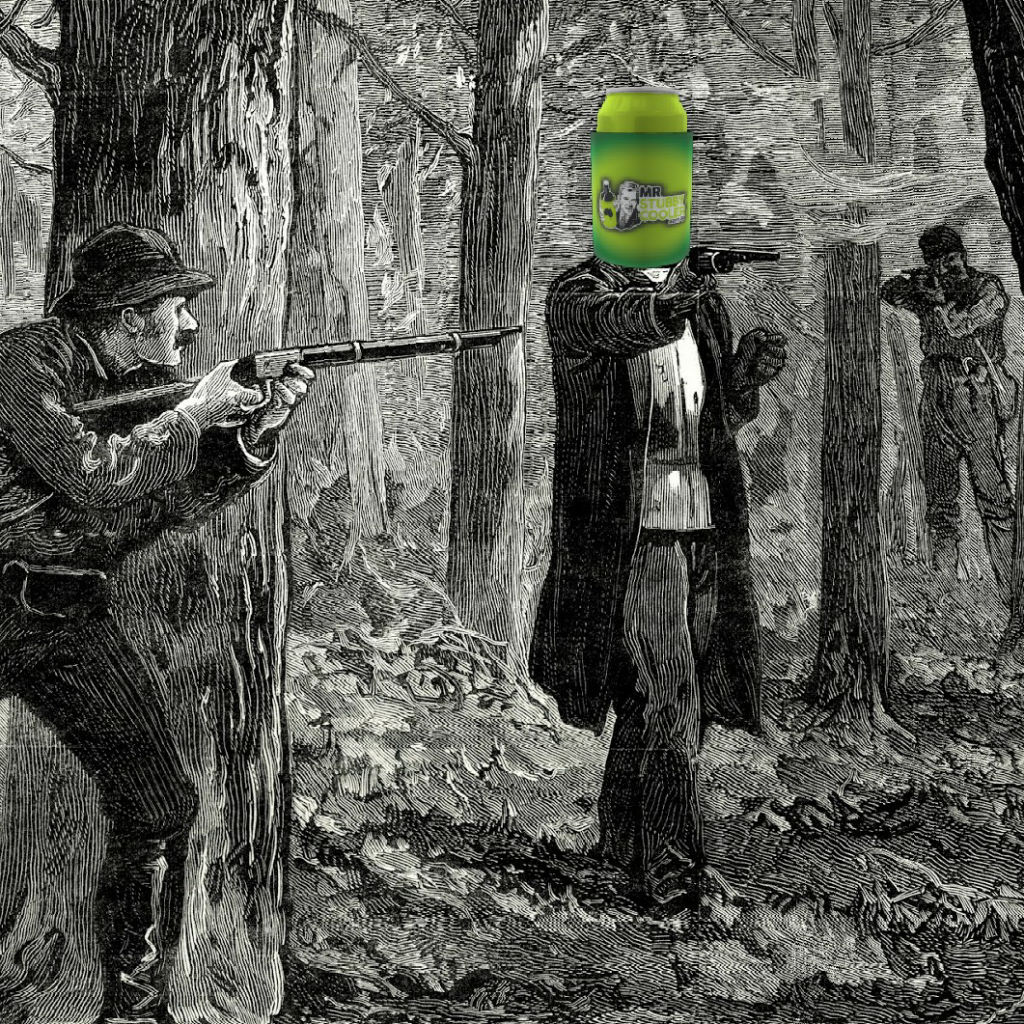 Posted at 12:28h in Uncategorised by mrstubbycooler 0 Comments
0 Likes

G’day Legends, Stubbsy here. Did I ever tell you that I’m responsible for Ned Kelly’s iconic armour? I was working as a barman in rural Victoria back in the 1800s, when I bumped into this young bushranger who was having trouble putting the frighteners into his victims.

“Stubbsy,” young Ned sighed, “I don’t know what I’m doing wrong. I’ve got a big gun and a bushy beard, so everyone should be terrified when I rob ’em.”

I looked him up and down, and gave him some sage advice. “Ned, it’s your look. It doesn’t matter how big your gun or how bushy your beard, wandering around with a fruit bowl on your head just isn’t scary.”

Ned glumly removed the platter from his noggin and popped it on the bar. “So what should I wear?” he asked. “I mean, Captain Thunderbolt has an eyepatch and Blue Cap has his blue cap. This whole bushranging thing’s more about the theatrics than the thievin’. What about me?”

I had a think about it, then pulled one of my custom-printed stubby coolers out from beneath the bar. It was an extra large one, because the stubbies were bigger back then, and I popped it straight over Ned Kelly’s bewildered head. At first he wanted to shoot me, then he saw his reflection in a mirror and stopped in his tracks.

“Jeez, Stubbsy, you’re onto something here,” Ned gasped. “Not only will it keep my head cool during the harsh Australian summer, but the quality triple stitching looks like it’d hold up well during an extended gunfight with the local cops. I’m not sure this colour suits me, though – can I pick something else?”

“Sure, mate. Just head onto the website, where you can upload your own images and add any text you like.”

“Erm, what’s a website? Just give me one that looks like it’s made out of metal, or I’ll shoot ya.”

I chuckled as Ned swaggered out into the sunshine, stubby cooler on head, ready to strike terror into the hearts of a generation. Bushrangers, hey, they grow up so fast!

Sorry, the comment form is closed at this time.