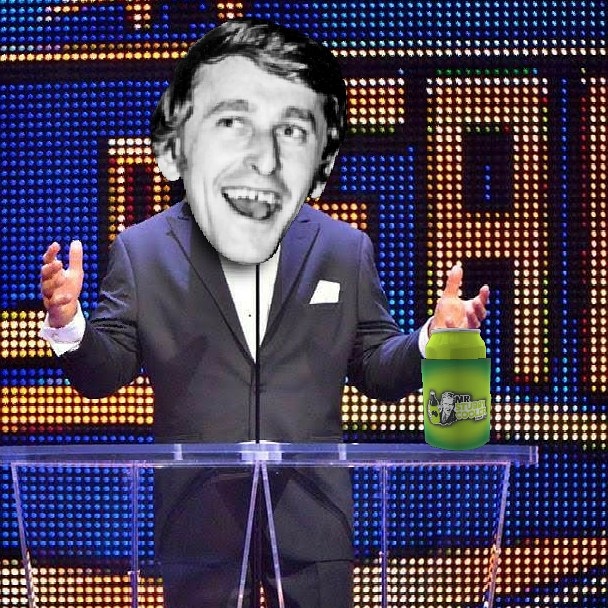 Posted at 12:50h in Uncategorised by mrstubbycooler 1 Comment
0 Likes

‘And this years nominees are…’

Our very own Don Stubbs was recently inducted into the Stubby Cooler Hall of Fame in Antwerp. Stubbsy earned his place among the pantheon of greats by popularising stubby coolers in Australia, having a lovely smile, and setting up the greatest stubby cooler website on the planet.

During a rambling eight-hour acceptance speech that was very much at odds with his philosophy of quick delivery, Stubbsy regaled the audience with tales of beating Hulk Hogan in a fight and teaching Michael Jackson how to dance. At some point, he even mentioned stubby coolers. Fortunately, those in attendance had plenty of cold drinks to help them get through the night.

“It’s great to be here in Kraftwerk,” Stubbsy began, confusing the Belgian city with the legendary German synth-pop band responsible for hits such as The Model and Robots. “You didn’t build this whole city for me, did you? If so, could you move it a few thousand kilometres south, it’s a bit cold outside. Ta. Actually, this is the third Hall of Fame I’ve been inducted into this week.”

“This award really belongs to my revolutionary website, where champions can design their very own stubby coolers using their own photos and text. They can even preview their coolers in luscious 3D! The prices are great and the delivery quick. It’s wonderful! But you guys already know that, don’t you?”

The raucous applause from the crowd indicated that they did, indeed, know that www.mrstubbycooler.com.au is wonderful.

“I’m a humble bloke and don’t like the terms ‘legend’, ‘hero’ and ‘greatest man to ever live’,” Stubbsy his legion of fans, “but if you want to call me that, I can’t stop you.”

After his fifth encore and an extended, well-choreographed dance performance, Stubbsy was chaired through the streets of the Belgian city, where the locals chanted his name and sang songs about his dedication to the stubby cooler industry.

Antwerp is the spiritual home of stubby coolers, as it is where the first modern-day stubby cooler was fashioned out of fish heads and old bicycle tubes. Originally designed to keep carrots and beetroot cool and fresh during the balmy Belgian summer, they quickly became a must-have fashion accessory for the city’s bourgeoisie. Officials are currently in the process of changing its name to Stubbswerp.