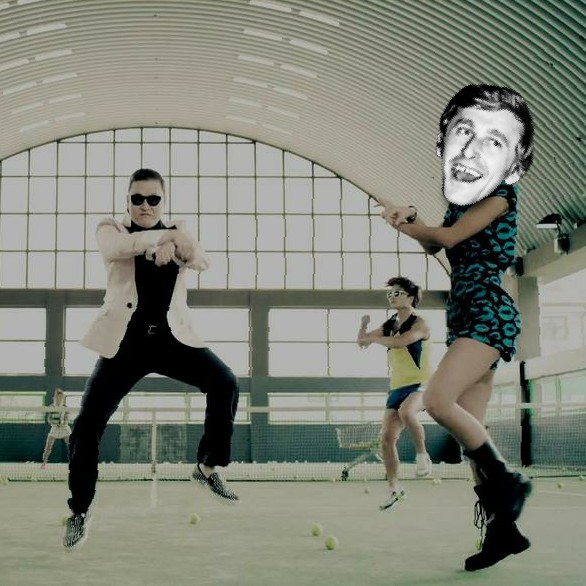 29 Mar DON-CING WITH THE STARS

Posted at 12:01h in Uncategorised by mrstubbycooler 0 Comments
0 Likes

Dancing with the stars, but with a twist!

G’day champions – or, as they say in Korea, annyeong! I was swaggering around downtown Seoul a few years back, selling my custom-printed stubby holders to the local bars and soup kitchens when, feeling parched, I reached into my Esky and pulled out an icy-cold can of fizzy drink. It did the trick, but as I slugged back the passionfruit-flavoured treat, I accidentally dropped a couple of ice cubes down the neck of my floral dress shirt… brrrrr!
I started wiggling around, trying to get the ice cubes out of my shirt, but they wouldn’t budge. My movements became increasingly manic as I gyrated and galloped around like a horse, and before I knew it, a few of the locals were mimicking me. I felt a bit embarrassed, of course, but really needed to shake the ice out of my shirt, so I kept boogying around. Soon hundreds – maybe even thousands – of Koreans were shaking around in time with me, copying my wild catcalls.
The ice cubes finally melted due to my rising body temperature, and my rhythmic prancing slowed down. My new friends slapped me high fives and called me the best dancer ever, and when the crowd parted there was a chubby little fella in a pair of zany sunglasses standing in front of me.
“Mister, I’m a struggling dancer and I believe your exotic moves could be my path to success,” he spruiked. “May I borrow them?”
“Sure, mate,” I told him. “I’m too busy selling my quality, custom-printed, triple-stitched stubby coolers to dance. Best of luck, little guy.”
“Actually, it’s Psy,” he giggled, before sequestering into the crowded streets of Gangnam.
I often wonder what happened to that chubby young man, and I hope he’s doing well in life.