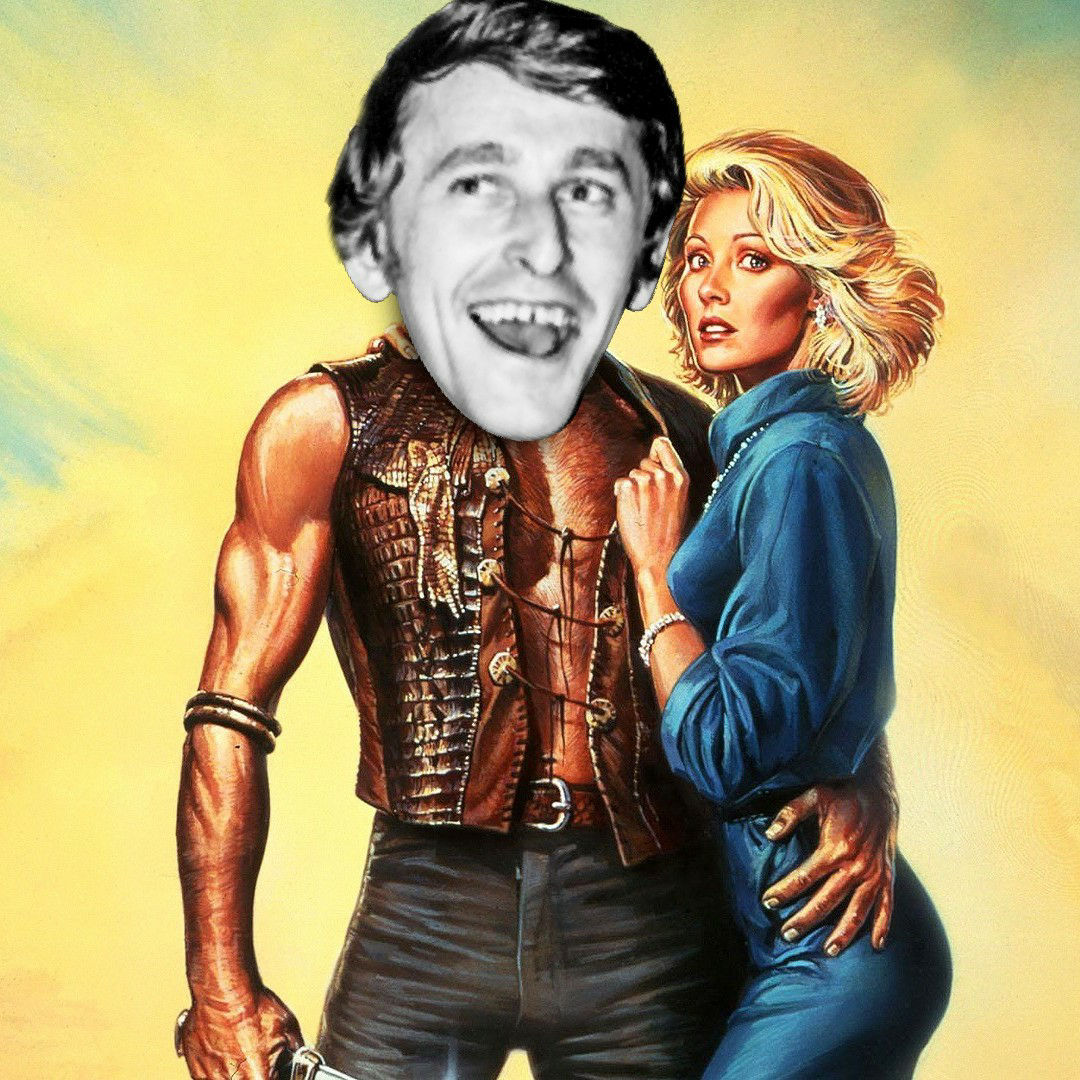 Posted at 14:32h in Uncategorised by mrstubbycooler 0 Comments
0 Likes

Hello champions, did you know I’m the inspiration behind Crocodile Dundee?

You know, the toughest, most popular movie character of all time. He’s cool, too, and as the king of stubby coolers, I know a thing or two about that. It’s bloody true, and here’s the story.
I was working as a tour guide in the Top End when Paul Hogan rocked up to explore the outback and listen to my informative commentary. He looked a bit different than he did in the wrestling ring, but I didn’t mention that to him. As we were driving through Darwin a gigantic croc ran onto the road and blocked our way. Paul was terrified, so I grabbed an icy cold beer from my Esky and chucked it in a custom-printed stubby holder to help him chill out. As for me, well, I’ve got ice in my veins.
Paul gasped as I stepped out of my ute, then swaggered over to the bloodthirsty lizard. It must’ve been 50 feet long and mega angry, rearing up on its tail to tower over ol’ Stubbsy. The beast snapped at me, trying to eat me whole, but I’m a twinkle toes and easily avoided the deranged creature.
“Pull your head in, you big goose,” I smirked, then punched the crocodile’s lights out as my admirer showered me with applause. That should’ve been enough heroics for one day, but we were near a river and, wouldn’t you know it, a 100-foot white pointer shark jumped out and latched onto my arm. I just laughed, shook it off, then punched its lights out as well. Paul’s cheering was deafening, but very well deserved.
An astonished onlooker raced over and handed me a lukewarm beer in a competitor’s stubby cooler. I just shook my head.
“That’s not a stubby cooler,” I smirked, pulling one of my own creations from my pocket, “that’s a stubby cooler!”
When we got back to the pub, Paul shouted me a beer and leant in close. “Don,” he gasped, “that was the greatest thing I’ve ever seen.”
“You mean my triple-stitched stubby coolers?” I asked nonchalantly.
“Well, yes, they’re wonderful and the delivery is so quick and cost efficient. But I’m talking about your exploits against those out-of-control beasties. I’d love to make a movie about your life, so the world knows how great you are.”
“They already made one, it’s called Superman.”
Paul went on to create Crocodile Dundee, kindly changing the main character’s name so that I wouldn’t be mobbed by adoring fans for the rest of my life. The romantic element of the film was inspired by my lifelong passion for quality service, great prices and easy-to-navigate websites. It became the most successful movie in history and it’s all due to my natural charisma and bravery.
Later this year, Paul’s planning to release the Director’s Cut, with an additional three hours of Mr Dundee discussing stubby coolers and their impact on Aussie society. Get your tickets early to avoid disappointment!